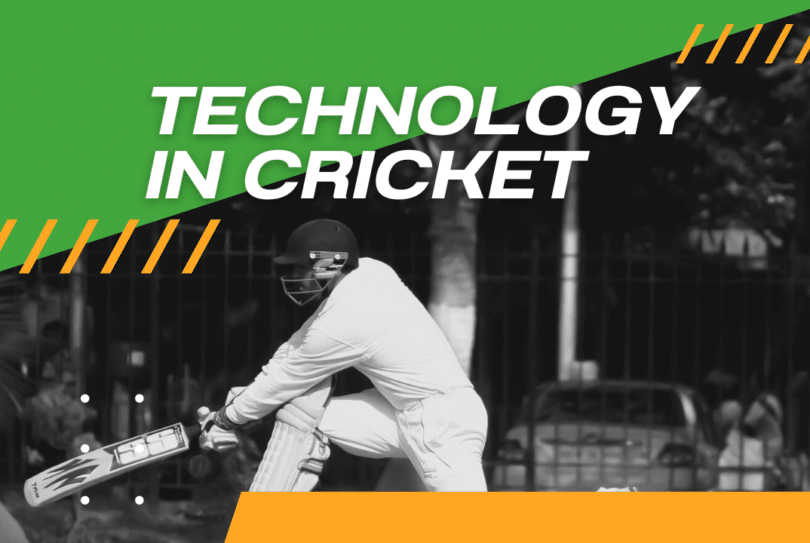 Here are some more details about the use of technology in cricket:

Cricket teams use a variety of tools to analyze player and team performance, including video analysis software and wearable technology. These tools allow players and coaches to study footage of their own play and that of their opponents, identify areas for improvement and develop strategies. For example, a player may use video analysis to study their own bowling technique or a batsman’s footwork. Wearable technology, such as GPS tracking devices and smartwatches, can provide data on a player’s physical performance, including speed, distance covered, and heart rate.

The DRS is a system that allows umpires to review their decisions using technology, such as slow-motion replays and ball-tracking systems. It was introduced to improve the accuracy of decision-making in cricket, particularly in cases where the umpire’s initial decision was not clear. The DRS is used to review decisions on dismissals, including LBW and caught behind, as well as run-out and stumping decisions. It is not used for all decisions, and its use is subject to certain rules and limitations.

Hawk-Eye is a computer system that uses multiple cameras to track the ball’s trajectory and predict its path. It is used to assist umpires in making decisions on LBW appeals and boundary decisions. The system uses advanced algorithms to calculate the ball’s trajectory and predict its path based on the data collected by the cameras. It can also be used to analyze the flight and spin of the ball, which can be useful for players and coaches.

Stump microphones are microphones placed near the stumps at either end of the pitch. They are used to pick up audio of the ball hitting the stumps or batsman’s pads, which can be useful for umpires in making LBW decisions. The audio can also be used to enhance the viewing experience for fans, as it allows them to hear the impact of the ball on the stumps or pads more clearly.

Technology has also had a significant impact on the way cricket is televised. High-definition cameras, slow-motion replays, and other features allow viewers to see the action more clearly and in greater detail. This has helped to make cricket more accessible and enjoyable for fans around the world. In addition to television broadcasts, technology has also revolutionized the way cricket is streamed online, making it easier for fans to watch live matches on their devices.